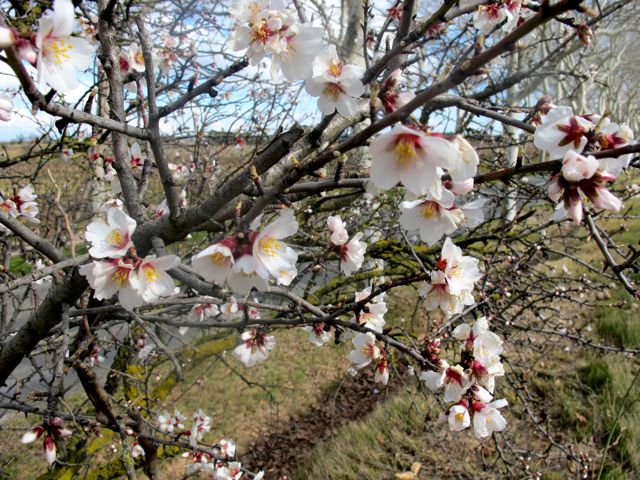 This year pruning the vineyards was an activity I REALLY looked forward to.

All this excitement was due to the discovery of audio books to listen to while pruning.  I wish “audiobook” sounded as cool as it is.

Didier went to the library and listened to l’Etranger by Camus, Sherlock Holmes read by someone who took himself VERY seriously and HALF, poor man, of Hunting and Gathering by Anna Gavalda before his i-pod crapped out. I was luckier and have a tougher ipod. I started with books read by volunteers on a site called Librivox where I listened to all the Willa Cather they had. Well – READ WILLA CATHER,  SHE ROCKS! That’s my take on that one…

I started with My Antonia – 8:06 (yes, that’s 8 hours) and was transported – sometimes a different person reads each chapter – one of the readers did wonderful Bohemian accents with rolling r’s.

O! Pioneers  5:48 More bohemians among the plains protestants …. scandal in a small town.

Alexander’s Bridge  3:19 a short story of a midlife crisis and a bridge circa 1910

One of ours  13:35 winner of the 1923 Pulitzer Prize – a surprising mix of her slow old fashioned style and really modern ideas. Then I moved on to Edith Wharton for a little uplifting reading. I know, I’m kidding. I think they ALL end badly.

I started with Ethan Frome – 3:12 dated but still cool and a TOTAL DOWNER – Beautiful descriptions of the East Coast of the US in winter and small town life.

The House of Mirth – 12:32 Oh, the rise and fall of Lily Bart! – I spent at least a week with her and missed her when it was all over.

Madame de Treymes  2 hours- a short story set in France – love does not conquer all.

I didn’t listen to the Age of Innocence because Daniel Day Lewis did it so well on screen. After that I went out on a limb (I just wrote and erased “and read”) and listened to two books by Stewart Edward White, an author  I had never heard of.

Arizona Nights – 5:40 Fantastic stories of cowboys and the rough west read on Librivox by A.E. Moraney who has just the perfect twang in his voice.

The Blazed Trail – 11:27 a little bit of a capitalist manifesto for me but I loved the river men and the lumber camps in the cold North. Then I started going to the library so I switched to published audiobooks in French.  The trouble with them is that I  had trouble turning them off at the end of the day because they were so good.

My favorite (maybe of all – sorry Willa) is Hunting and Gathering by Anna Gavalda (12 hours). It was read by a group of actors with the music and the sounds accompanying the story and felt like the best of a book and the best of a movie.

And then all the pruning was done!

I just bought The Scroll version of   On the Road….mmmm…..because there’s always work to do in the vineyards – even after the pruning is done.